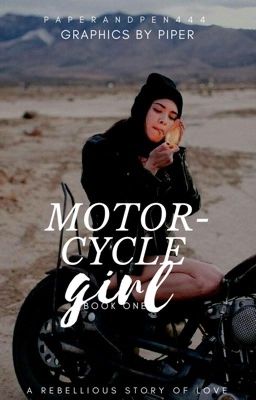 Get notified when Motorcycle Girl is updated

Kayo | 18+
23 parts Ongoing
23 parts
Ongoing
"The Underground Fighter and His Kitten" ❦ Sasha "Kayo" Sokolov is a Russian fighter who was sent t...

Motorcycle Girl: Book Two
42 parts Complete
42 parts
Complete
Nathan and Odeletta continue their lives in New York City. WIth five people in one house, each one...

Hired To Love
67 parts Complete
67 parts
Complete
Henley agrees to pretend to date millionaire Bennett Calloway for a fee, falling in love as she won...

Mend (Care Duet, #2)
31 parts Ongoing
31 parts
Ongoing
"The Caregiver and the Mob Boss (pt.2)" ❦ Avelina has always cared for those who can't care for the...

Irreplaceable
51 parts Ongoing Mature
51 parts
Ongoing
Mature
[BOOK 2] [ONGOING] ❝if you were to describe yourself in one word, what would it be?❞ five years ago...

STEAM & SMOKE | 18+
34 parts Ongoing Mature
34 parts
Ongoing
Mature
[18+ only, Mature Content] "Stop looking for a fight, angel, before I handcuff you to this bed and...
You may also like

"The Underground Fighter and His Kitten" ❦ Sasha "Kayo" Sokolov is a Russian fighter who was sent to America at a young age. One day, he met a young girl by the name of Everleigh Wilson, who taught h...